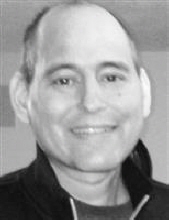 Brent Matthew Weiler, 38 of Sioux Falls, SD (formally of Remsen, IA), lost his courageous battle with cancer on January 21, 2014 surrounded by his loving family.
A Visitation at Heritage Funeral Home in Sioux Falls, SD will be held  Thursday January 23, from 3 pm to 8 pm with family present from 6-8 pm.
Mass of Christian Burial will be held 10:30am, Saturday, January 25, 2014 at St. Mary’s Catholic Church in Remsen, Iowa.  Burial will follow in the St. Mary's Cemetery in Remsen.  Visitation will be anytime after 4 pm Friday January 24, 2014, there will be a parish rosary at 5 pm and a vigil prayer service  at 7 pm all at St. Mary’s Catholic Church in Remsen.
He was born to Gilbert and Audrey (Galles) Weiler, November 10, 1975, in Orange City, IA. Brent graduated from Remsen Union High School in 1994 and received a Bachelor of Science degree from Teikyo Westmar University, Le Mars, IA, in 1997. He married Jodi Fiedler in 1995, and they lived in Le Mars, IA for three years.

After completing his degree, Brent and Jodi moved to Sioux Falls, SD, where Brent started his career at Dial Bank (later known as Wells Fargo Financial) in May of 1997. Brent was one of the youngest Vice President’s at Wells Fargo when he was promoted in 2007. He then joined Lawrence & Schiller TeleServices in 2008, where he started a new division that grew into a nationally recognized sales team who won numerous awards across the country.

Brent was also very active in the community. He held leadership positions within the Sioux Empire United Way and helped other businesses in Sioux Falls raise money for this great cause. For his community involvement, Brent was named the Volunteer of the Year in 2007. Most recently, the United Way executive team honored Brent by establishing the first annual Brent Weiler Bulldog Award. This award will be presented annually to a volunteer who demonstrates the tenacity, determination, leadership and spirit that Brent showed while helping the United Way.

He is also survived by his father and mother-in-law, Robert and Karen Fiedler of Remsen, IA; two brothers-in-law, Chad (Steph) Fiedler of Underwood, IA, Josh (Sara) Fiedler of Sioux Falls, SD; and one sister-in-law, Nicole (Ryan) Galles of Clive, IA. Grandmother, June Schiltz of Remsen, IA, and many nieces and nephews.