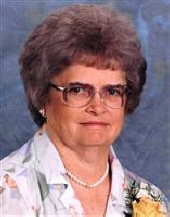 
Funeral service
will be at 10:30 a.m., Friday, Dec. 13, 2013, at St. Joseph Catholic Church in
Granville with Rev. Terry Roder officiating.
Burial will be in the St.
Joseph Catholic Cemetery in Granville.  Visitation will be anytime after 4 p.m. on
Thursday, Dec. 12, 2013.  There will be a
parish rosary at 5 p.m., and vigil prayer service at 7 p.m., all at St. Joseph
Catholic Church in Granville.  Services
have been entrusted to Fisch Funeral Home & Monument in Remsen.


Esther was
born April 1, 1928, at rural Hospers,
IA, the daughter of Peter and
Mathilda (Robinet) Klein.  She was raised
and educated in the Hospers area.


She married Leo Gergen Jan. 1980
and then moved to Alton, IA.  Leo
passed away Sept. 3, 2004.  She then moved
to LeMars, IA where she lived for two years before
moving to Sanborn where she resided for the past seven years in her own home and
recently moved to Prairie View Home in Sanbron.


Esther was a member of St. Joseph
Catholic Church and church guild.


Preceded by: her parents, both
husbands, a daughter, Diane Plathe, two brothers Arnold and Jerome Klein, one
sister, Francis Schnurr.
To order memorial trees or send flowers to the family in memory of Esther M. (Plathe) Gergen, please visit our flower store.