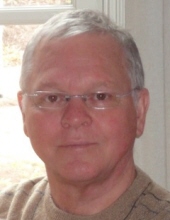 Mass of Christian burial will be at 10:30 a.m. Tuesday, May 23 at St. Mary’s Church in Alton, IA with Rev. Terry Roder officiating. Burial will be in the St. Mary’s Catholic Cemetery in Alton. Graveside military honors will be conducted by Floyd Post 200 American Legion of Alton. Visitation with family present will be 5-7 p.m. on Monday, May 22 at St. Mary’s Catholic Church in Alton. Services have been entrusted to Fisch Funeral Home & Monument of Remsen, IA.

Jim was born November 10, 1944 in Alton, IA, the son of Henry & Pearl (Hentges) Krogman. He attended school at St. Mary’s Academy in Alton and graduated in 1962. He attended NBT in Sioux City graduating in 1963.

On August 6, 1966 he married Doris Kriege at St. Mary’s Church in Remsen, IA. They lived in Orange City, IA. For 2 years after they were married where Jim worked at Farmer’s Coop Oil Association. In 1968 Jim was activated with the 185th Air National Guard and was sent to serve as Military Police at Phu Cat Air Base in Vietnam. In 1970 he began working for Alton Premium Feed/Alton Rendering then Darling International for more than 40 years. During this time he also worked for Alton Building & Loan Association serving as Secretary.

Jim was a member of St. Mary’s Church in Remsen. He was a volunteer with many organizations in his lifetime including The Boy Scouts of America, Spalding Catholic School Board and Booster Club, Sioux Golf & Country Club and Meadow Township Trustee. He was also a very active member of the Democratic Party and an avid conservationist. Jim was well known for his love of wildlife and preservation.

Jim spent a lifetime expressing genuine interest, love and empathy to all that he met, whether family, friends or strangers from all walks of life. His unbridled passion for the environment, politics and history was witnessed by many and respected by all. He steadily walked a principled path while being a steadfast companion to his wife, a benevolent role model to his children and a giver of smiles to all that would welcome them.

His physical stature was small, but he was a Giant to all that knew him.

Visitation with family present will be from 5-7 p.m. on Monday at the church.