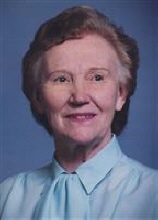 Marie Nancy Reuter, 88 years old, of Sheldon, IA, passed away Monday, Jan. 26, 2015, at Sanford Senior Care Center in Sheldon, IA.
Funeral service will be at 10:30 a.m., Saturday, Jan. 31, 2015, at St. Patrick’s Catholic Church in Sheldon with Rev. Terry Roder officiating.  Burial will be in the St. Anthony Catholic Cemetery in Hospers.  Visitation will be anytime after 4 p.m. on Friday, Jan. 30, 2015.  There will be a parish rosary at 5 p.m. & a vigil prayer service at 7 p.m., all at the St. Patrick’s Catholic Church in Sheldon.  Services have been entrusted to Fisch Funeral Home & Monument in Remsen.
Marie was born on September 27, 1926 in Hospers Iowa. She was one of 11 children born to John and Allie (Romberg) Hulst. She attended Hospers Public schools through 12th grade. Since teachers were so scarce during the war, the summer following graduation she obtained her teaching certificate from Westmar College in LeMars Ia. That next fall she taught in a one room country school house near Middleburg, IA. Over the next 3 years she was self employed as owner and editor of the Hospers paper, and dabbled in managing the local café. However she voiced her greatest accomplishments as her marriage to Joseph Reuter and raising their family.
On December 17th, 1949 Marie married Joe Reuter in Hospers, IA; soon after they ventured to Colorado Springs, CO where they lived for 2 years while Joe was in the army. Upon their return to Iowa, Joe started his own construction company with his stepfather. Marie was the jack-of-all-trades in helping Joe run the company. She was a self taught architect, office manager, painter, bookkeeper, design consultant and much more. Joe and Marie experienced the joy of having five beautiful daughters. She became both mother and father to their children after Joe’s untimely passing in 1971. She never remarried saying she had found the love of her life and he couldn’t be replaced.
Marie was a member of St Anthony’s Catholic Church in Hospers, IA until 1973 when she and her daughters moved to Sheldon. From there she attended St Patrick’s Catholic Church in Sheldon, IA. She was active in both parishes, always demonstrating a true servant’s heart in the many activities she led and participated in. She was a part of the guild, choir, cash for trash, remodeling projects for church and school, quilting projects, and numerous fund raisers. In addition she had several hobbies which included bowling, art, music, and reading. After Joe’s passing, she continued to use her architectural talent, drawing plans for others, expecting no more than a simple “thank you”.  She especially loved music and easily wove songs into everyday conversations. A precious memory we share is of mom singing with Pastor Ken and her daughters, Precious Lord Take Me Home, the evening before she passed into eternity. In recent years she was well known for her volunteer work at Sanford Senior Care Center. Marie’s open, giving heart and care of others fostered many lasting relationships and numerous friendships. Her genuine approach to life was based on her philosophy - “there are no strangers here only friends I haven’t met yet”.
Those left to cherish her memories are her children: Jane and Ned Harpenau of Remsen, IA; Deb and Ronnie Ferguson of Fountain, CO; Ruth and Pat Grady of Alton, IA; Rose and Rondie Turner of Broken Arrow, OK; and Sue Reuter of Sioux City, IA; 12 grandchildren; 17 great grandchildren; 2 surviving siblings, Nick (Joyce) Hulst of Orange City, IA and Margaret Shaver of Fountain Valley, CA; 1 brother-in-law, Marvin (Shiryl) Reuter; 3 sister-in-laws, Marian (Joe) Verschoor, Gertrude (Ralph) Hulst and Agnes Hulst.
She was preceded in death by her parents; her husband, Joseph Reuter, granddaughter, Melanie Grady; great grandchild, Jessie Grady; 6 brothers, Ralph, Hank, Herm, Ward, John, Ellion; 2 sisters, Rose and Tracy; 2 sisters-in-law, Adeline and Delores.
Casket bearers will be Adam Perry, Brent Harpenau, Jeremy Grady, Brody Ricke, Derrick Schorg and Mercedees Ricke.
To order memorial trees or send flowers to the family in memory of Marie N. Reuter, please visit our flower store.