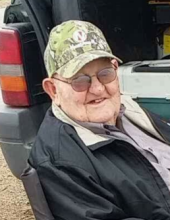 Marvin John Kunkel, 83 of Remsen, IA passed away on Saturday, Sept. 17, 2016 at his son’s home in Marcus, IA surrounded by family.

Funeral services will be 10:30 am Wednesday, Sept. 21, 2016 at St. Mary’s Catholic Church in Remsen with Rev. William McCarthy officiating and Deacon Rick Roder assisting. Burial will follow in the St. Mary’s Cemetery in Remsen. Graveside military honors will be conducted by VFW Post 3328 and American Legion Post 220 of Remsen. Visitation with family present will be 4-8 p.m. on Tuesday, Sept. 20, 2016, there will be a parish rosary at 5p.m., a vigil prayer service at 7 p.m. followed by a Knights of Columbus rosary all at Fisch Funeral Home & Monument in Remsen.

Marvin was born on January 31, 1933 to Felix and Mary (Thill) Kunkel in Le Mars, IA. He was raised in Remsen, IA graduating in 1952 from Remsen St. Mary’s High School. In 1954 he entered the U.S. Army serving in the Korean War as a heavy equipment operator. He was honorably discharged in 1956. After discharge Marvin lived in Lancaster, CA, for a short time before returning home to Remsen. On June 11, 1957 he married Darlene Eufers at St. James Catholic Church in Le Mars, IA. Over the years he was employed at Lundell Manufacturing, Bunker’s Feed and he farmed in Remsen. Darlene passed away in 2007.

Marvin was a member of Remsen St. Mary’s Church, the V.F.W Post 3328, Remsen Color Guard and the Knights of Columbus. Marvin enjoyed bowling, and had earned many trophies over the years.

Preceded in death by his wife Darlene, his parents Felix and Mary, two brothers Orville and Duane Kunkel one brother-in-law, Don Ellensohn.