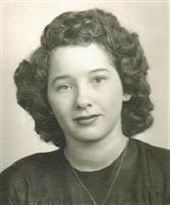 Viola was born Nov. 27, 1931, at rural Hospers, IA the daughter of Aloysius & Rose (Niichel) Hoffmann.  She was raised and educated in the Hospers area.  She graduated from Hospers High School in 1949. She then worked at Hospers Savings Bank.

Viola was a member of St. Anthony’s Catholic Church, church guild and church choir.  Viola was a very talented seamstress and loved quilting.  She loved spending time with her family.